Chat with us, powered by LiveChat Skip to content

Inspired by the cooperative principle of “concern for community,” Clark County REMC staking engineer Jared Massengale’s quick thinking made a difference in the life of an Otisco-area woman. 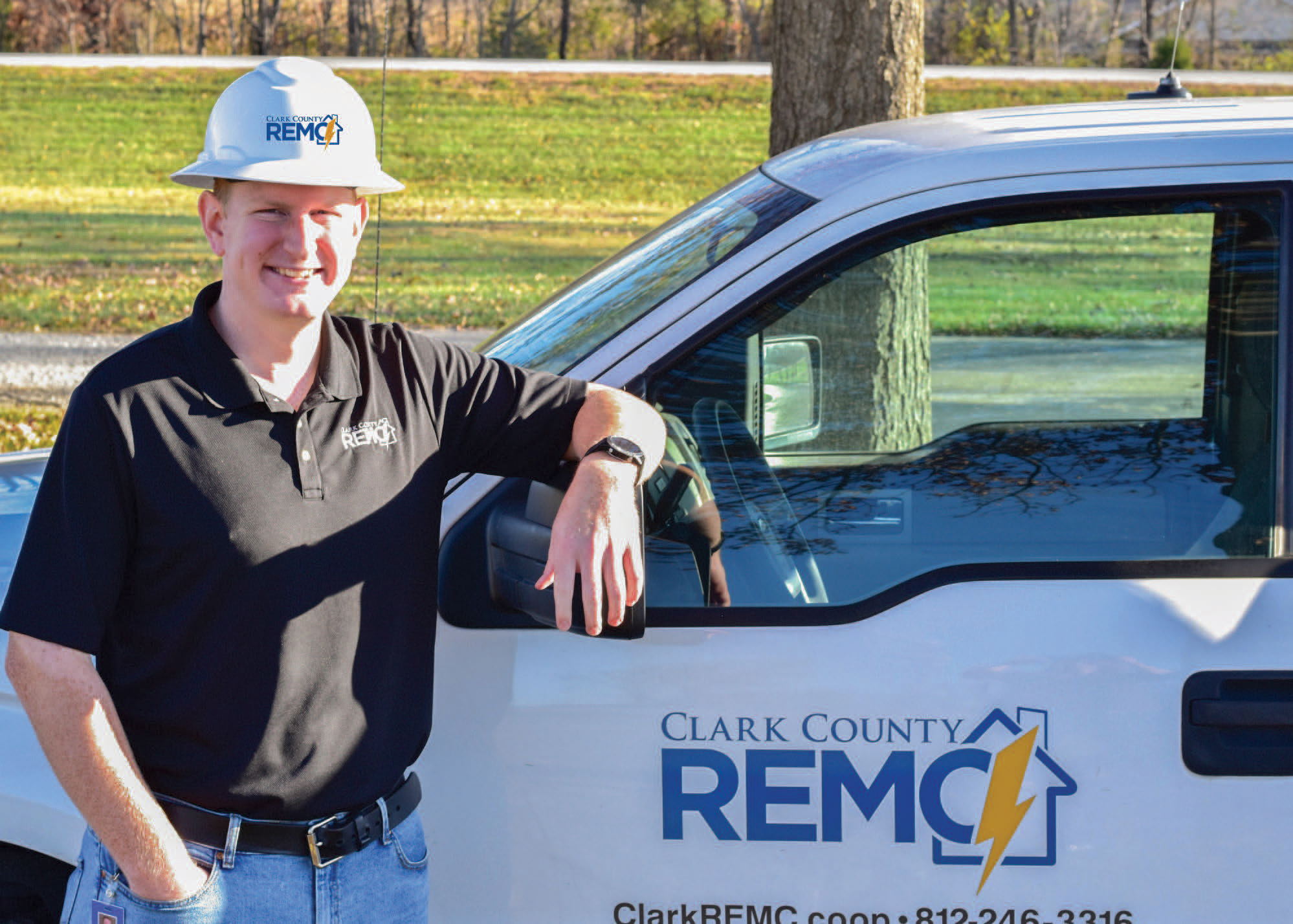 Driving back to Clark County REMC on October 17 after working in the field, Jared Massengale, staking engineer for the Sellersburg-based electric cooperative, encountered an elderly woman walking on Highway 3 in Otisco. His actions that followed likely prevented the woman from getting seriously lost or injured.

“I had just worked at a job pretty far north,” said Massengale. “I saw someone up in the road ahead of me and they were veering out toward the middle of the lane. It jumped out at me something wasn't right. She was an elderly lady out walking alone in the road.”

Massengale inferred that the woman, dressed in flannel pajama pants and a jacket, whom he estimated to be 80 years old, was confused about her whereabouts. Massengale rolled down his window and asked her, “Are you all right? Do you need help? Is everything OK?"

From her replies, Massengale determined she was probably lost, so he leaned into one of the seven cooperative principles – concern for community – and extended assistance. “Once we started talking and she gave me the indication she wasn't 100% sure where she was, there was no other choice than for me to act,” he said. “I needed to get her out of there and get her home as fast as I could — and do what I could to get her there safely.”

To escort the woman out of harm’s way as quickly as possible, Massengale suggested she get into his REMC truck so he could take her off the road and to safety. After she got in his vehicle, Massengale pulled over to a safe spot and dialed 911 to alert authorities to the situation. 2 deputies arrived on the scene shortly after. The deputies tried to figure out the woman’s identity and where she lived. “She didn't know where she was, and she had no identification on her,” Massengale said.

Eventually, the deputies were able to deduce where the woman lived, and it turned out she was nearly a mile from her home. The fact that she had been walking for so long really struck Massengale, and made him think, “Man, I was probably not the first person to drive by her.”

The woman made it safely to her home that day thanks to Massengale’s intervention. It would have undoubtedly been easier to keep driving when he spotted her, but Massengale decided to follow his heart, take a chance, and stop.

“We are quite proud of Jared and his decision to stop and help,” said Jason Clemmons, Clark County REMC CEO. “His actions truly embody what the cooperative principles represent, and he demonstrated how the electric cooperatives’ concern for community set us apart.”

Looking back on the situation, Massengale is glad he made the decision to stop.

“I was not in my comfort zone and going through any of this was all new to me. I just followed what I thought was the best route to take and hoped for the best,” Massengale said, adding, “But, I would do it again — it made a difference.”